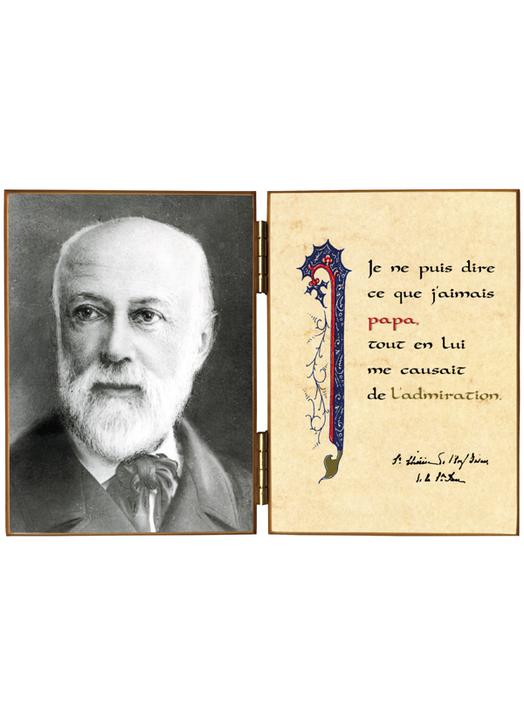 The image in the left panel of this diptych is a drawing made in charcoal by sister Geneviève which represents Saint Louis Martin, the father of Saint Thérèse of the Child Jesus, canonized in 2015.

Here is the passage from which is drawn the sentence of Saint Teresa of the Child Jesus chosen for this diptych:
"Never, as I just said, I could not bear even the thought of the bitter sorrows that the future held for me ... I could not even think without trembling that Papa could die ... Once he was climbed on the top of a ladder and as I stayed just below he shouted at me: "Get away poor little one, if I fall I will crush you. "When I heard this, I felt an inner revolt, instead of walking away I stuck myself against the ladder thinking:" At least if Dad falls, I'm not going to have the pain of seeing him die, since I'm going to die with him! " I can't say what I loved Dad, while he made me admire ; when he explained his thoughts to me (as if I had been a big girl) I naively told him that, of course, if he said all this to the great men of the government, they would take him to make him King and then France would be happy as it had never been ... " 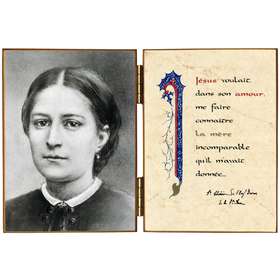